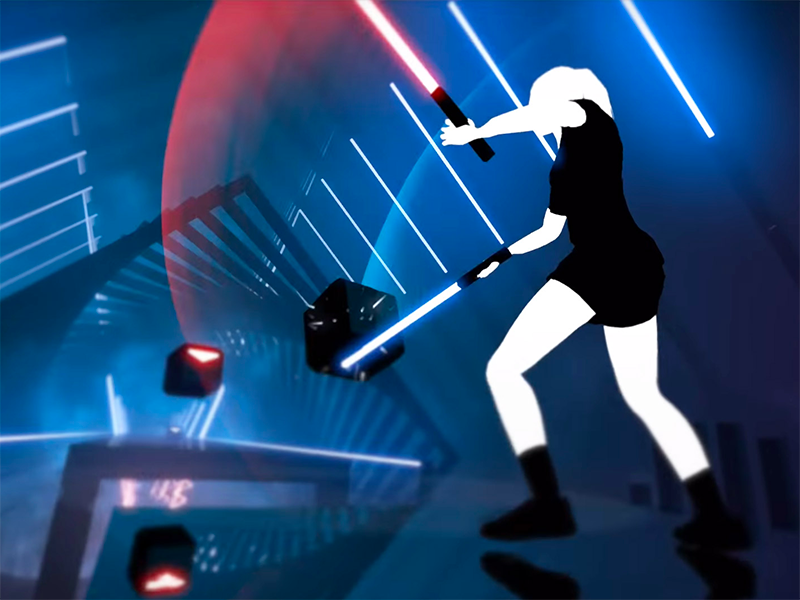 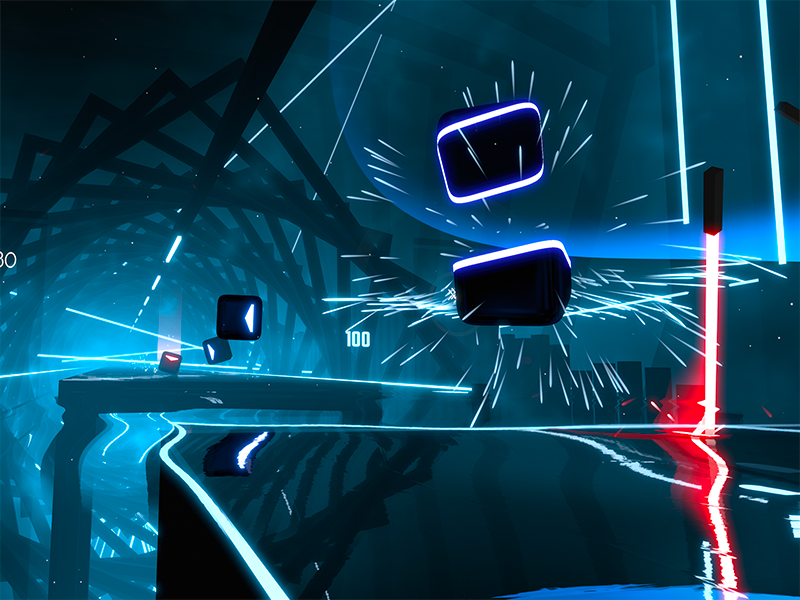 From the moment I first read about Beat Saber, I suspected it was going to be something I would love. Now that it’s finally available for Oculus Rift and I’ve spent some time with it, I can confirm that it’s every bit as good as I’d hoped.

Beat Saber is essentially a Virtual Reality rhythm game, although that description does little to convey what a ridiculously fun, engaging experience it is. The aim is to slash blocks, in time with music, with a pair of blades, within a highly stylised, neon-lit virtual environment.

The game’s developers describe Beat Saber as “a mashup of Guitar Hero and Fruit Ninja in VR”. The one factor they neglect to mention (presumably to try and avoid any legal wrangles with Lucasfilm) is that the pair of blades the player controls look uncannily like light sabers. Anyone with a passing interest in Star Wars will no doubt jump at the chance to wave around a pair of realistically rendered sabers while smashing cubes out of mid-air, and watching them shatter around you. The actual music featured in the game might be a bit more subjective, as the soundtrack consists entirely of loud, up tempo EDM. It’s the perfect soundtrack for the nature of the gameplay, but it might not be to everybody’s taste.

Beat Saber is without a doubt the most fun experience I’ve had in VR. It’s definitely a game that is perfectly suited to the medium. It’s just a shame that at this moment, the hardware required to run it (Beat Saber is currently available for Oculus Rift and HTV Vive, which in turn require a relatively powerful PC) makes it inaccessible to many gamers. However for anybody who does own one of those platforms, let’s be honest, the range of high quality VR experiences available right now is fairly limited. And with that in mind I really can’t recommend Beat Saber highly enough.