Oculus recently launched the Summer of Rift campaign, a season of special events and offers to promote their Rift headset and various third party software titles. For a limited time, the “Rift + Touch” bundle is on sale for $399/£399. The previous price was in the region of £700 for both the headset and touch controllers, so it seemed like a good opportunity for me to take a fairly major step up from my Cardboard viewer and GearVR. 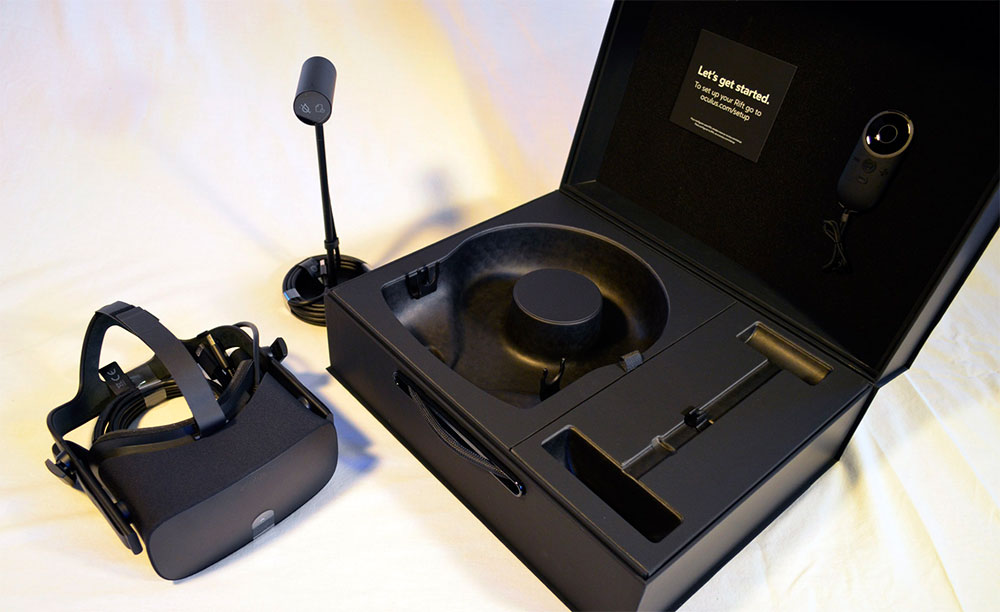 First impressions were very good. The hardware is beautifully packaged, and really gives you the feeling that this is a premium product. Setting and calibrating the headset and sensors was a fairly painless experience – although in my case the space I’m using the Rift in is much smaller than the ‘Guardian’ software (a tool to prevent you bumping into/falling over real world objects when wearing the headset) would like, so I had to skip that part. Once the hardware is set up, the first VR experience you’re presented with is First Contact, which serves as an introduction to both the headset and touch controllers. The first time you look around, then realise that you can interact with your virtual environment via the touch controllers, it’s a pretty incredible experience. 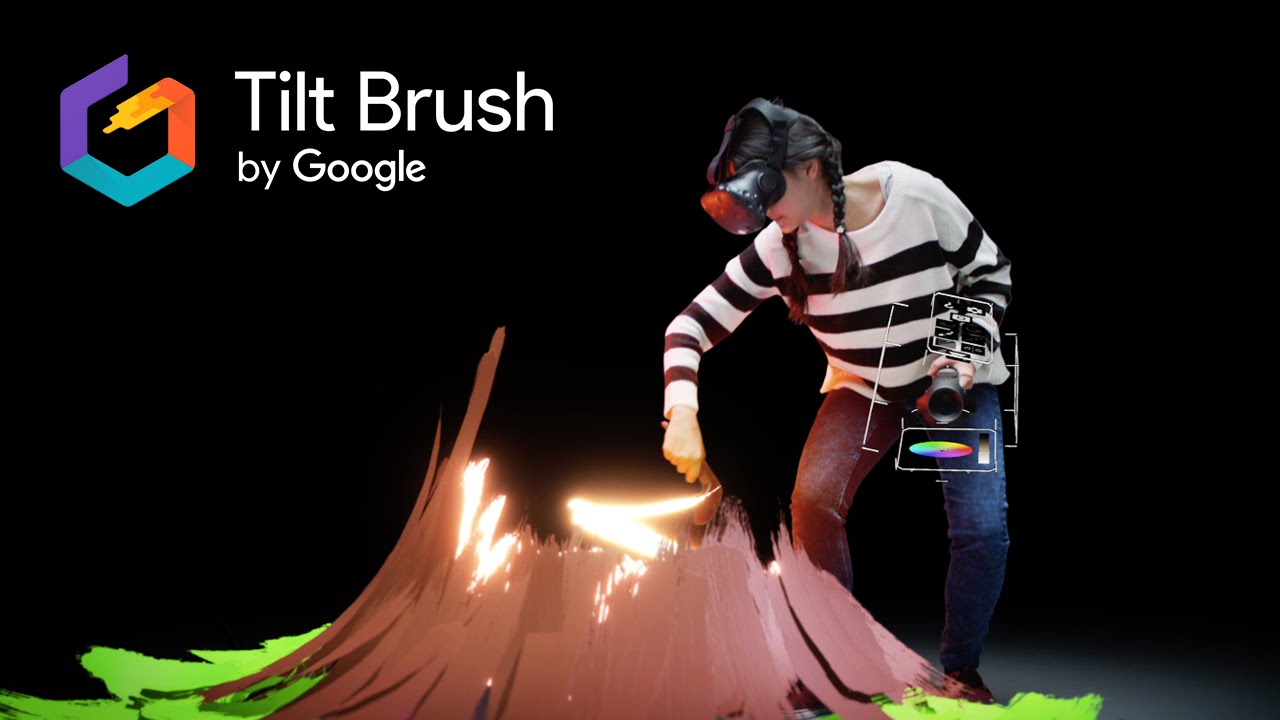 So far during the time I’ve spent using the Oculus Rift, the most striking experiences have been just that – experiences – rather than traditional games or tools.

Google’s Tilt Brush is technically a painting tool, but for me there was a major wow factor in drawing streaks of light, stars and psychedelic flashing rainbows in a 3D space, and being able to move into and around the paintings as I was working. It’s also pretty mind-blowing seeing what slightly more talented (!) artists are coming up with using Tilt Brush.

Fantasynth, by HelloEnjoy, is a stunning “audio-reactive experience” taking the user through a procedurally populated environment where the visuals and geometry synchronise with music. 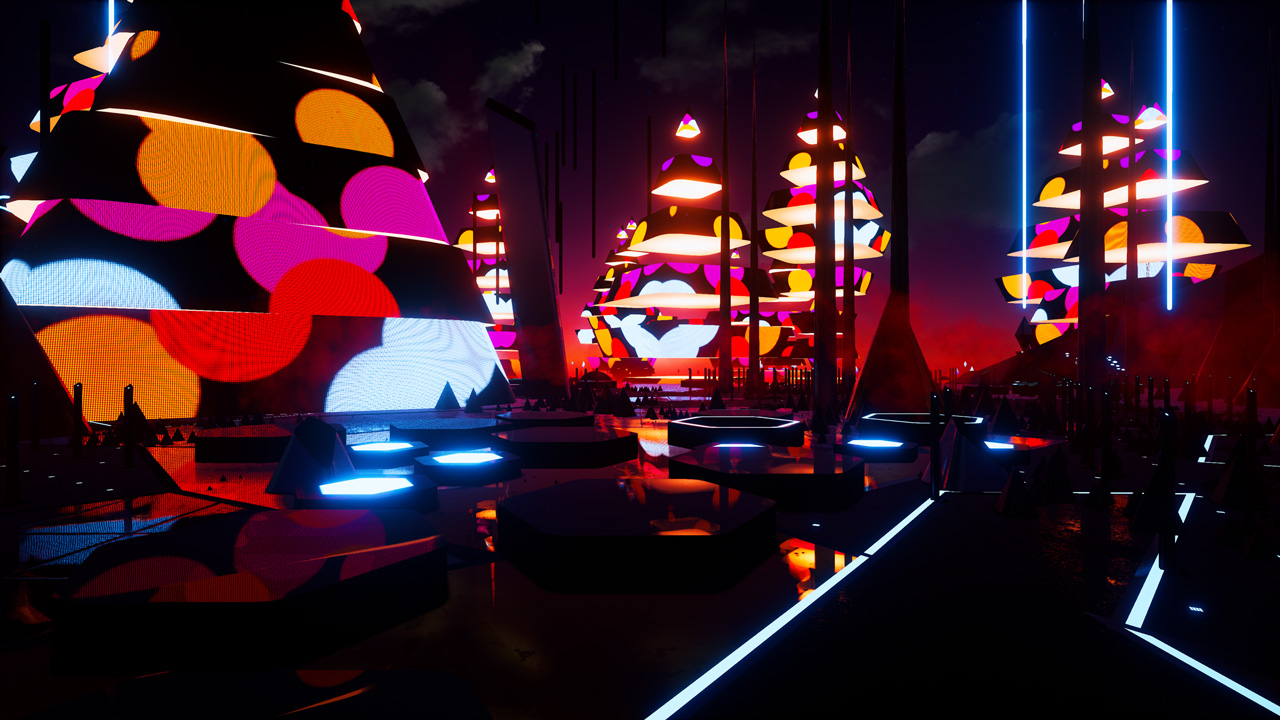 There’s still a huge amount of fun to be had though from games in a VR environment, particularly games that have been designed from the ground up to work in VR. Robo Recall for example is a title that you can download for free once you’ve registered your Touch controllers, and involves battling hordes of humanoid robots with a gun in each hand (although there are slightly more creative ways of defeating enemies, once you get to grips with the environment).

Overall I’ve been hugely impressed by the Rift so far, although it does still feel like a technology in its infancy, at least where the consumer market is concerned. Both of the currently available high-end VR systems, Oculus Rift and HTC Vive, require a fairly powerful PC to run. There’s also the need for the headset to be connected to the PC by a physical cable, which can get in the way when moving around the virtual space. One additional, and unexpected issue I’ve had, is interference with nearby wifi connections and bluetooth devices when the Rift is running. After some Googling it seems as though the USB 3 connections required for the Rift’s headset and sensors can actually emit interference at 2.4 GHz radio frequencies (see here, here and here for more information), so I have to remember to disconnect these cables when the Rift isn’t in use. Still, the Rift hardware is very well designed and the current bundle deal makes it that bit more accessible. I would expect Oculus to release a new improved iteration of their headset at some point in the near future, but for now I’m happy with the experiences the Rift provides.